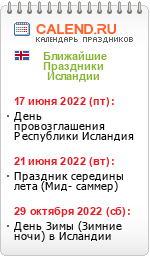 The High Court of Western Denmark confirmed a 14-year prison sentence over an Icelandic citizen, Lárus Freyr Einarsson, yesterday for shooting and killing a woman in her home near Horsens in March 2010.
A district court had already found Lárus guilty and also sentenced a Danish citizen, Søren Gustav Nielsen, to 12 years in prison for being accomplice to the murder, visir.is reports.

However, the High Court of Western Denmark acquitted Nielsen of these charges, changing the sentence to three and a half years for jeopardizing the victim’s life and violating the laws on firearms.

The two men were seated together in a car when Lárus shot the woman in the head through a window.